Youngsters looking to break into the job market are the forgotten victims of the Covid pandemic. For many, hopes of launching careers after leaving school have been frustrated by rising unemployment and disappearing opportunities as employers tighten budgets. But thanks to leading international PPE firm Globus Group, these apprentices have been given a flying start and are thriving as demand for protective equipment soars.

Globus, which has a 25-year track record in supplying PPE and is committed to manufacturing 75% of its market-leading protective respiratory equipment in the UK, has a wide range of apprenticeship opportunities open at its Alpha Solway facilities in Annan and Dumfries, Scotland.

The business is also expanding production at its new Warrington site, in the North West, and will extend its apprenticeship scheme in the coming months.

The scheme enables young people to train on the job for careers in industry as they help to provide a long-term, sustainable, ongoing supply of PPE to NHS professionals, and other key industry workers across the UK.

There are endless opportunities throughout the scheme for professional development, including regular training and career progression, many apprentices are promoted throughout their journey at Globus Group. 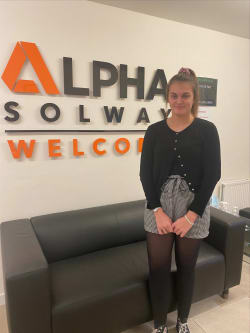 18-year old Lacey joined Alpha Solway, which is part of Globus Group, as an Apprentice Sales Administrator in September 2020. She is now five months into a year-long apprenticeship at the Annan manufacturing site and is really appreciating being able to get into the workforce straight out of school.

Lacey said: “The apprenticeship with Alpha Solway is perfect for me because it is right on my doorstep, and it is an administration role, which is what I knew I wanted to do. My mum and step-dad have also worked for Alpha Solway for over 30 years, so I know that they’re a good company to work for.”

She continued: “I wanted to start my career off doing something I really enjoy. It came at the perfect time for me leaving school, and it also meant I was working at the same time as learning and making a living. I am picking up more qualifications and hope to move up further in the company at given opportunities.”

Lacey advises anyone looking out for an apprenticeship to stay focused and be ready and willing to learn. 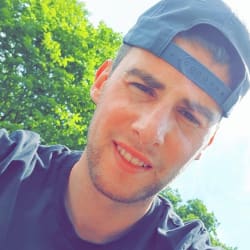 Connor, 25 joined Alpha Solway six months ago as a Production Operative in the Dumfries factory. He soon became interested in learning the engineering trade after witnessing how PPE was manufactured for frontline NHS workers.

After finding out that there was a four-year apprentice mechanical engineering position open at Alpha Solway, he applied and was immediately accepted onto the scheme.

Already identified as a rising star, Connor has been universally praised by his team members, and was promoted to Team Leader before starting his Engineering Apprenticeship.

He said: “I’m finding the apprenticeship with Alpha Solway brilliant. It’s really interesting to work with a wide range of people of all experiences and I’m so grateful as they’re passing on invaluable knowledge to me as an apprentice.”

Connor added: “The huge growth of the business has really inspired me and I feel as though I’m making a valuable contribution in helping to shape the future of the company.

“My advice for young people, no matter what your age, if you’re unsure of what to do next and you’re thinking of going down the apprenticeship route – don’t hold back. A company such as this is more than welcoming to anybody looking to kickstart a career in any department, it’s a great scheme to be a part of and a fantastic place to work.” 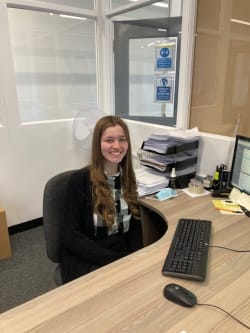 Kaytlyn joined Alpha Solway after leaving school in September. Despite a strong academic record, the 17-year-old was not attracted by the prospect of applying to a college or university, and so decided that an apprenticeship would be the best route for her to take.

She explained: “I always planned to take on an apprenticeship when I left school as I felt it would be the best way to gain experience and earn a wage, whilst also working up to receive a qualification.

“I heard about Alpha Solway on the news when the firm won the NHS contract, so I already had respect for the company because it manufactures vital PPE for frontline workers, and when I saw they were recruiting for a Business Administration Apprentice, it was perfect!

Five months into her apprenticeship, Kaytlyn is thriving and believes that this strong start to her working life is going to stand her in good stead for the future.

She added: “From day one, working at Alpha Solway has been amazing. Everyone has been so welcoming and helpful and there are always new things to learn. I’ve been given so many opportunities here and I’m grateful for everything.

“Looking to the future I plan to build a career in business admin. I’ve also always been interested in accountancy and finance, so hopefully one day I’ll be able to take up any opportunities that come up in regard to these.”

Advising future apprentices, Kaytlyn said: “If anyone is looking to take on an apprenticeship, I’d say to aim for a job role that you feel you will enjoy. It doesn’t ever feel like work if you look forward to going to your apprenticeship every morning. Don’t be afraid to ask questions and take up every opportunity that is given to you. Apprenticeships are there for you to learn everything you can, and the more you put in the more you will get out of it.” 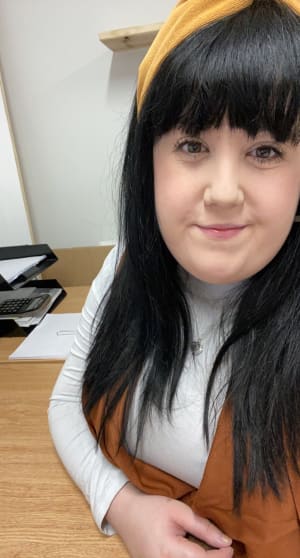 At the age of 24, Nicole still wasn’t sure what she wanted to do with her future and her career. After spotting this Finance Apprenticeship advertised on Facebook, she realised it was something she could really see herself committing to and decided to take the plunge and apply.

Five months in and she is “loving” her new job.

Nicole commented: “I’d reached the point where I really wanted to make a career for myself and I know that with Alpha Solway you can learn and move up the ladder quickly.

“Everybody that I work with here are just fantastic and are helping me so much in this learning curve. I’m being challenged every day as this role brings a lot of new experiences and challenges.”

She added: “My advice for anyone looking to try an apprenticeship is just to go for it, you can find a career that might end up bringing you a lot of happiness and rewards.”

Commenting on Globus Group’s apprenticeship scheme, Head of People at Globus Group Helen Dawson said: “An unprecedented demand for PPE since the start of the pandemic, has really accelerated our UK-manufacturing.

“Having launched two new facilities in Dumfries and Warrington we have recruited around 500 people to our workforce. Apprenticeship schemes have been central to this recruitment drive, and these young people have really brought a new and modern approach to helping shape the future of PPE manufacturing.

“Our hope is that the bright youngsters we take on as apprentices will stay with us for the long term and build fulfilling careers in our industry. We’re committed to growing our UK apprenticeship schemes in 2021 across the business and look forward to welcoming many more recruits through our doors.”

Globus Group has boosted its commitment to UK manufacturing in the past year, and now employs nearly 500 people across Scotland and North West England. The business has won major contracts with the Department for Health and Social Care and NHS Scotland to make high-performance FFP3 face masks for the NHS. It expects to have capacity to manufacture 1.3 billion specialist masks for frontline NHS staff by mid-2021.